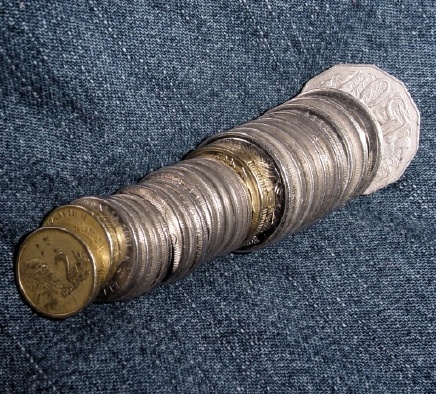 Not including 5c coins and the $1.62 in my bank account: eight dollars and thirty cents.

What should I spend it on?

I get paid tomorrow, and I’ve enough food stashed for tonight. I was thinking maybe stuff for breakfast (milk, bread, eggs – that kind of thing) but that’s so mundane, and I crave novelty.

As advised at Chez Rorschach, my position on the Big Brother question: Vesna was robbed, but our maturity and commonsense as a nation will prevail tonight when Tim, quite easily the least obnoxious BB contestant ever, emerges rightly victorious.

(UPDATE – I’ve said it before, and I’ll say it again: there’s something wrong with the world. I don’t know what it is, but I feel it – like a splinter in the back of my mind, driving me mad..)