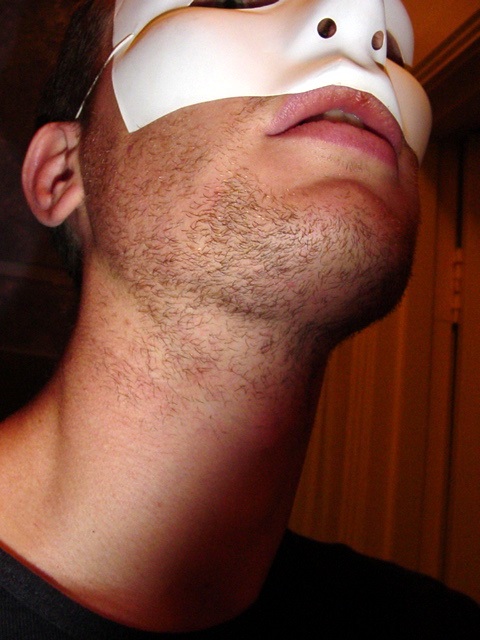 I haven’t shaved for a week. I left my toiletries behind in Canberra. 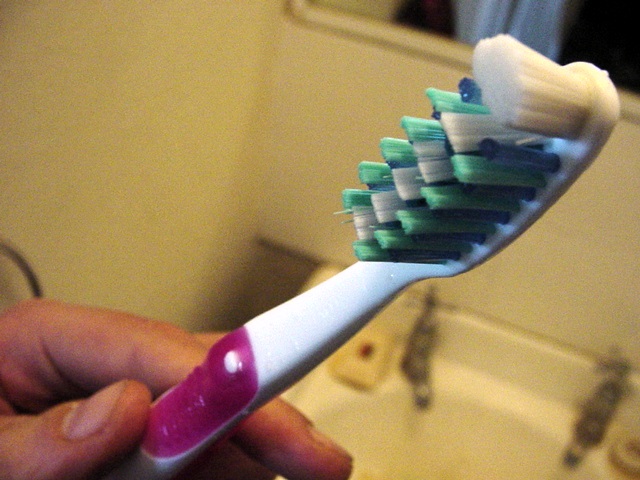 My folks posted my stuff back to me. I bought a new toothbrush to tide me over until it arrived, but not a new razor. 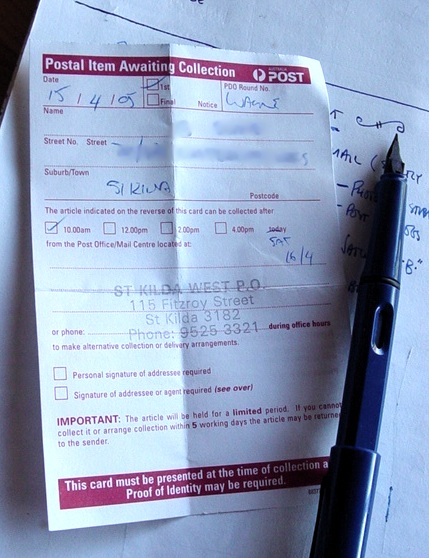 Notification of a parcel arrived on Friday. 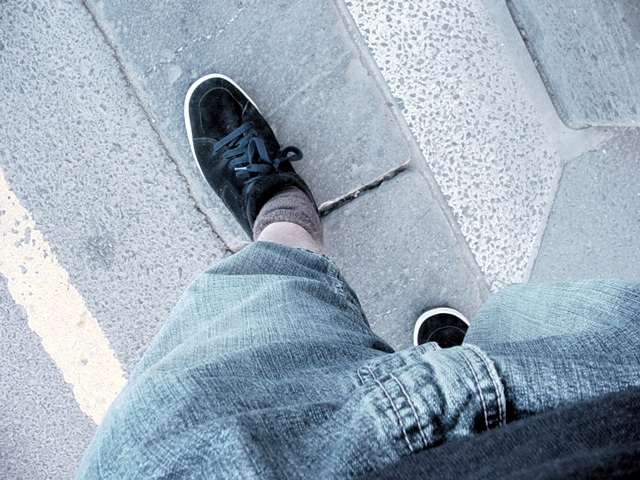 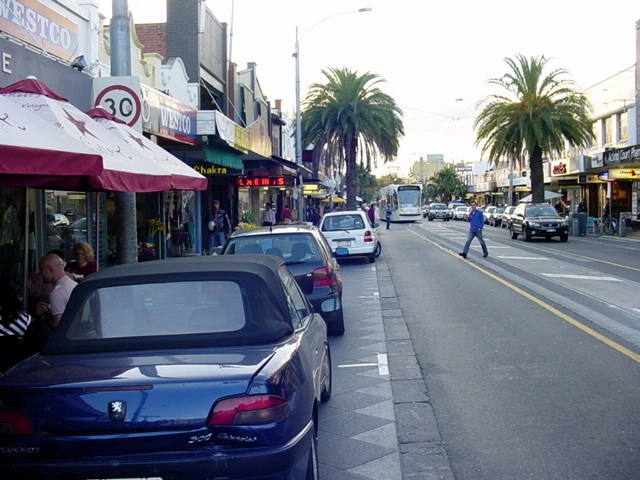 I went down to the post office off Acland Street to pick it up today. 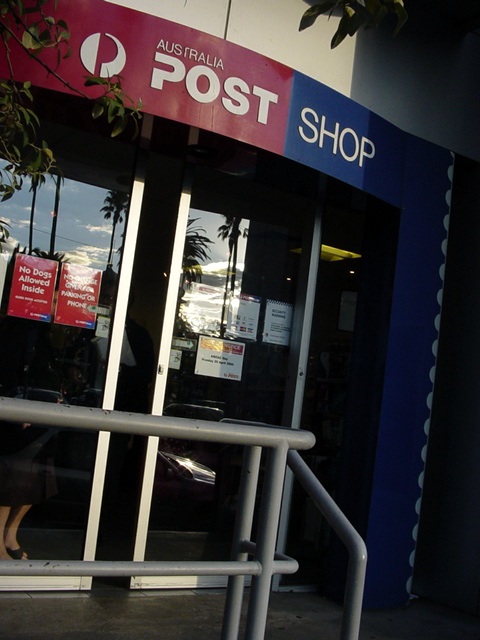 More observant readers will already have anticipated that this was in fact the wrong post office. My parcel was being held at a post office which is actually a newsagent on Fitzroy Street. 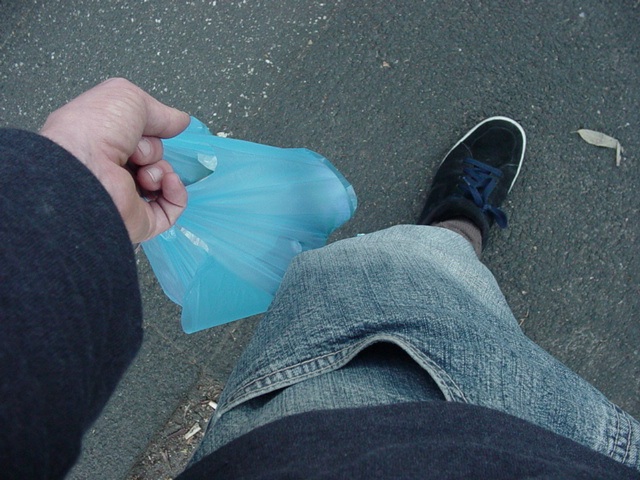 After stopping at the supermarket, and also making an appointment for a haircut tomorrow (the hair on my head is getting a bit unkempt ‘n’ all), I walked over there. 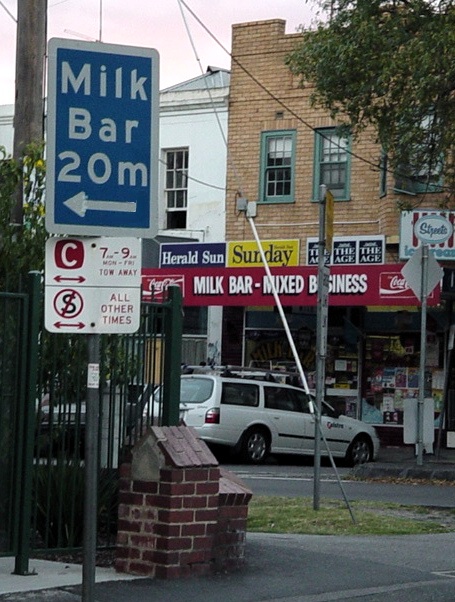 I passed this milkbar just off Grey Street. Bizarrely, directly across the road, there’s a sign indicating a different milkbar 20 metres down the street in the opposite direction. One can only assume the City of Port Philip has some kind of grudge against the proprietors of this particular milkbar.

I arrived at the post office which is actually a newsagent just before they closed at 5:30pm and retrieved the parcel. 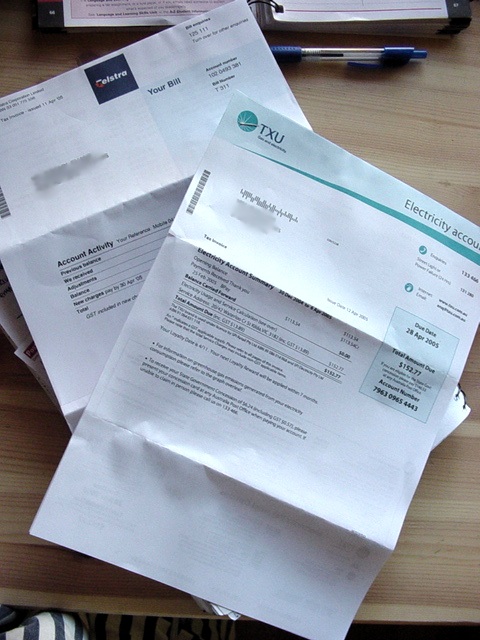 I came home and found, to my substantial surprise and delight, that the phone and leckie bills had both arrived – conveniently reminding me that I really need to get another job. 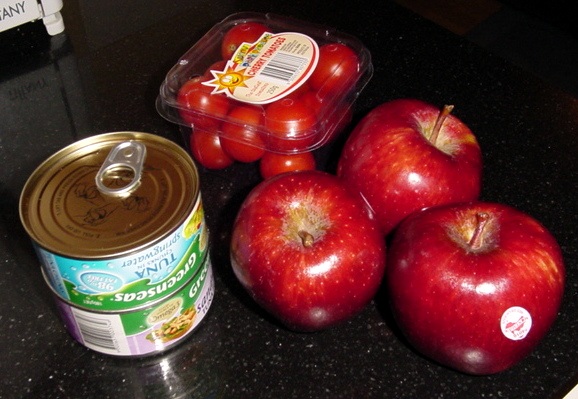 I unpacked my shopping: I bought tuna, tomatoes and apples. 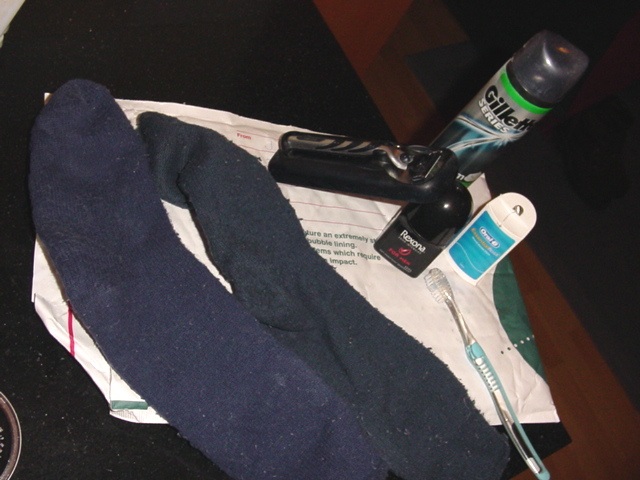 And I opened the package. In addition to my toiletries, it contained a wayward pair of socks I didn’t even realise were missing.

Here are some more photos I took today for the purposes of not working on my CV: 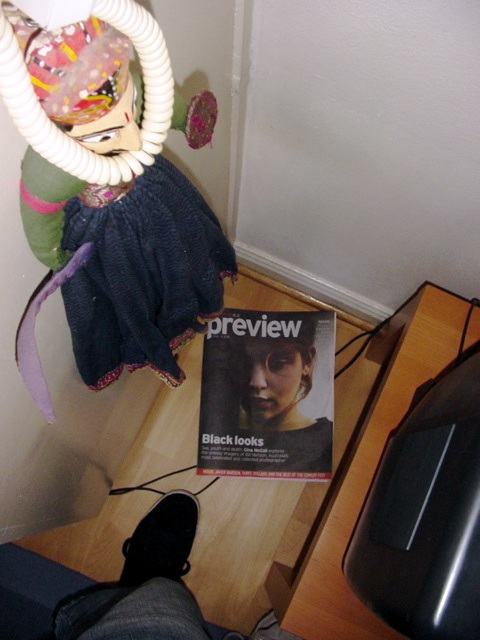 The space directly to the left of my tv